From Pathologic Wiki
(Redirected from The Plague)
Jump to: navigation, search
This entry is painfully incomplete. Perhaps it is your fate to complete it. 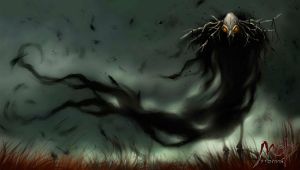 Manifestation of the Sand Plague

The Plague has also been called Sand Plague, Sand Filth, Sand Ulcers, Sand Fever, Sand Pest, Sand Dirt. It is heavily implied that the Plague is sentient, which would explain the total powerlessness of science in the struggle against it.

The Annotation for Patrolmen, Couriers, Executors and Sanitary Personnel

In order to prevent panic, this annotation is classified and its contents should be under no circumstances disclosed to the civilian population.

The disease is incurable. There is no vaccine, neither here nor in the Capital. However, there are a few positive facts:

1. The probability of contracting the disease is significantly lower for someone who has taken immune system stimulants. As of now we believe that A-pills and B-pills (yellow-coloured and blue-coloured pills, respectively) provide the best protective effect. Excessive doses of these medicants may be detrimental to one's health.

2. Additional protection is afforded by synthetic clothing. Woolen garments are strictly off limits (parasites). The clothing should be changed as often as possible.

3. IMPORTANT! The disease develops sporadically. At its initial stage, it does not progress in any significant way, especially if antibiotics are taken. However, if contact with the infection reoccurs, the development of the disease becomes extremely rapid.

4. The disease is not transmitted by means of droplet infection. As of now, we've yet to find out how it is contracted. Preliminary tests suggest that the disease is not contagious at early stages, therefore there is no need to isolate the sick person immediately after the appearance of the symptoms.

In consideration of your particular line of work, we believe that you will not be able to avoid infection. If you have contracted the disease, do not give in to despair. It would have happened sooner or later anyway. Try your best to conserve the infection at its initial stage. Take antibiotic medicine. Consider using the "powders": they are extremely dangerous, but they help curb the infection.

Five years before the events of the game, the first outbreak of Sand Fever occurred.

It broke out in the Crude Sprawl and it was possible to localize; thanks to the unusual layout of the city, the district was boarded up quickly and the infection did not spread. Isidor Burakh and his students were able to suppress the Sand outbreak and avoid infection by drinking experimental twyrine extracts.

Although many townsfolk speak highly about Isidor for his work, Isidor did not take praise for his role in that victory. According to Vlad the Younger, he did not like to talk about it and attributed the suppression of the Plague only to happy coincidence.

Some time before the outbreak of the epidemic, children invented "shmowders" as part of a game. Aspity appeared during the first outbreak. According to her, she came from the Steppe "as a reminder."

Citizens remember the first outbreak with horror, and when they learn that the disease came back, do not believe in salvation.