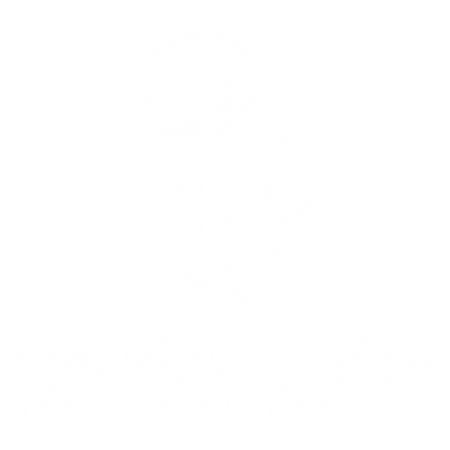 Ice-Pick Lodge is a Russian game development studio based in Moscow and founded in 2002 by Nikolay Dybowski.

2005: Pathologic — a story of survival in a self-conscious city struck with an unknown disease. With three protagonists, the twelve days of survival deliver a complicated description of events.

2009: The Void, also known as Tension (Russian: Тургор) — a story of survival in a monochrome world of the Void where every living thing depends on Color. Every action is done by drawing sigils with the player's own essence, and the hero is represented by a transparent, human-shaped vessel.[1]

2011: Cargo! The Quest for Gravity — too crazy even for its creators, this story is set in a word that faced its apocalypse because of the loss of gravity. There, you must bring back the flying islands to the endless ocean. It features a vehicle crafting system.

2013: Knock-Knock (Russian: Тук-тук-тук) — a story of a lonely forester haunted by strange nighttime visitors. You must analyze the causes of insanity, gradually learning how one must break the rules in order to understand truth.[2]

2017: Pathologic Tabletop — a tabletop game released as a backer reward for the Pathologic 2 Kickstarter.[3] Up to four players may participate as both healers and the Plague, with healers collecting evidence to cure the sickness as the Plague works to covertly kill their wards.

2019: Pathologic 2 — a reimagining and modern take of the 2005 cult classic. A familiar story, updated and expanded upon, with completely redesigned visuals, music, and characters. Currently only released in one part, with future routes planned.

2019: Pathologic: The Marble Nest — a stand-alone story that takes place in the Pathologic universe. Originally released as a demo in 2016, it was updated for Pathologic 2 and released as DLC for the main game.

TBA - Know By Heart - A "nostalgic piece" developed by Ayrat Zakirov, the CTO of Ice-Pick Lodge.[4] The protagonist reunites with his childhood friends after spending a long time apart. Their pleasant reunion will be ruined by forces outside of their control. A teaser was posted on December 31 2019 on the Ice-Pick Lodge Twitter account.[5]

TBA - Franz - A mystery project made by Nikolay Dybowski that is still in development. Based on concepts that were considered for the Bachelor route of Pathologic 2,[6] it tests the limits of control and is based on the "Chinese room argument" theory[7], criticizing artificial intelligence.

TBA - Neuro Skazka - A project in development by Nemo Soda[8], a new member of Ice-Pick Lodge. "The game deals with the evolution of a universe grown below the cranial vault of a god which falls asleep. The god’s brain is an equivalent of a solar system, and planets are its neurons. The player will have to turn the celestial bodies into full-fledged anthropomorphic creatures endowed with mind and identity."[9]

On January 18, 2018, during Pathologic 2's development, Ice-Pick Lodge created a merchandise store on their website to support the company, called the Ice-Pick Shop.[10] They sold clothing, key charms, stickers, and wax seals of tavro.